When I first started reading this book it reminded me a lot of The Westing Game, which was one of my favorites growing up. Here, we have our main character, Zeke Clay finds out about an inheritance from a long lost relative after having one of the worst days in history. He lost his job, got a speeding ticket, failed out of school and found out his girlfriend was cheating on him.

With nothing to hold him back, he travels from Austin, Texas to Pueblo, Colorado to answer a request for him to be at a reading of his great (lots of greats) uncle, Luther. 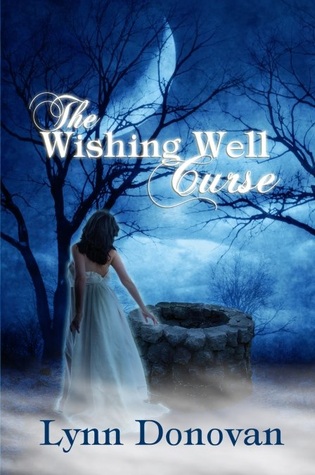 During the reading (and he's the only one there too) he's told a story of a generational family curse going back more than 100 years. He has one week to stay at the family estate and decide whether he will continue on after that to break the family curse and gain the inheritance. Or will he walk away and leave the curse as it stands?

The curse was started when the Native American's were driven off their land - land that was claimed by Zeke's ancestors.

Here's what I liked about the book:
- It was nice to see a male as a main character. Most of what I read has that strong female character, so this was a nice change for me.
- There's no insta-love (which I loath). There's actually almost no love interest at all. Remember, I said almost.
- The writing was fairly well done and flowed nicely.
- I also like that Zeke didn't just accept there was a curse because someone told him so. He's skeptical and searches for the truth.

Here's what I didn't like so much:
- It was a little too religious for me. Now, that's just a personal preference. Zeke sees the face of Jesus in a dream and has a pastor constantly preaching to him about coming back to God. It was all just a little too much for me.
- It starts out a little slow and there are a few parts that I didn't think were necessary to the over all story.
- The dialogue could use a little work. Now, this doesn't mean it's badly done or anything. I think it could just benefit from a little improvement.

I rated this book as a 3.5/5 mostly for the fact that it was too religious for me. So for those readers who don't mind that, this is still a good read. And it's only $2.99 which I think is a good price for a 363 page book.

It's got some great aspects such as ghost, Native American lore and and the mystery of how Zeke is supposed to break the curse.

And you can always enter my giveaway for a chance to get it for free!

a Rafflecopter giveaway
Posted by Book Nerd Paradise at 10:02 AM