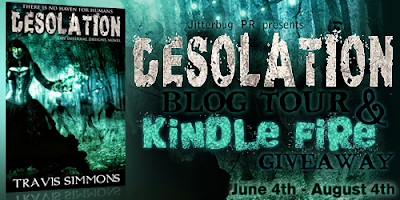 Being an openly gay male I have been able to shrug off all the discrimination I face from time to time. I say from time to time, because I don’t feel as though I face discrimination in my daily life. I am not really sure why that is to be honest, I guess I just have a presence that tells people that they can’t bully me. I think at times my openness makes people uncomfortable. A guy was delivering something the other day and asked my relationship to my ex and I told him “He’s my ex,” and I could tell the guy wasn’t comfortable with that. But when I said it, I could see the man trying to struggle with what to say that wouldn’t offend me, though he obviously was slightly uncomfortable.
Discrimination against my person is one thing. I can handle that. I am a huge supporter for equal rights. I am a huge proponent for loving and supporting our teens because they are going through a lot of stuff. I can’t think of anything worse than a teenager feeling that who they are isn’t good enough for the adults in their lives. I stress to my friends and my Facebook followers frequently to love the young people in their lives and to let them know you are there for them because you don’t know what they are thinking, and you don’t want to lose them to bullying and suicide.
That was part of what led me to write Asher as a stable gay man. He is in that age that teenagers can relate to, but he is also going through issues adults can relate to. I’ve said it before, DESOLATION was written as so much more than a zombie apocalypse book.
What we have in DESOLATION isn’t a story of a gay man struggling with gay issues. He has already come out to his parents and been accepted. Instead he is struggling with zombies, powers inside of him, loss, and with love (the last all of us face, no matter our orientation).
Here we have a gay person that everyone can relate to, because he isn’t going through something only gay people have to face. I didn’t want Asher to struggle with discrimination, I didn’t want him to struggle with the angst of coming out. I didn’t want Asher to be a sensationalized homosexual that popular media crams down our throat, because, believe it or not, we aren’t all great at decorating, or love shopping (I tend to hate it). I wanted him to be this person that everyone can relate to, that just so happens to love men. Honestly, most gay people are like this, they are just normal people, stereotypes stripped away, that just so happen to love the same gender.
Part of the reason that Asher isn’t facing this discrimination is because I feel we are reaching a point in history where discriminating against someone because of who they love is nearly barbaric. It is a backward way of thinking, and I just didn’t want that subject matter to come up in DESOLATION. I wanted to show that we have a zombie apocalypse, and necromancers, and adults who have more to focus on than who Asher loves.
Did I go overboard with how many potential suitors Asher has? Maybe, but I think it feels good with the way it was written. I mean, we do have straight protagonists who always have straight people hitting on them and very rarely someone of the same sex hitting on them. But again, that wasn’t in my mind when I wrote the book.
I am sure this will lead DESOLATION to be criticized openly. To be honest, it will be the first bit of discrimination that I have had to face in nearly twenty years, and it will be harder because it is Asher who will be facing this discrimination. In a way it is almost like being a parent, and having to watch your child go through the same discrimination.
So in closing, I hope everyone loves this book. I hope the struggling gay youth can find hope in these pages and pixels, finding that they are so much more than the suppression they are feeling, and they can be a strong gay person like Asher (without the zombies and magic). I hope everyday people can love this book too, seeing not just a gay person, but an individual coming to grips with all the loss he has felt. And I hope maybe the parents out there who read this and are worried their kids might be gay can stop worrying, and see that Asher is just a person like every other gay person. He is just a person, a soul, struggling to come to grips with all life throws at him. And with the right love, the right support, and with the fierce defense of adults, the gay teens in your life can live to be the same strong individuals.

I have been writing since I was 14. I began writing a book called "The Calling of the Two" and while writing that on and off I started uncovering another idea.

"Yes, this is all well and good, but what about before? What happened in the world before these characters came into it?" I always knew there was a "before" and as I started wondering about it I got ideas. At first they were little ideas but as I discovered the names for my characters a whole story about them emerged.

I started working on The Revenant Wyrd Saga several years back and I am very happy I did because hearing and documenting Jovian and Angelica's story has been one wild ride.

I live in a remote part of upstate New York and honestly just hoofing around my neck of the woods gives me a ton of inspiration for my novels. I love research, and I love speculating on different ideas and theories. 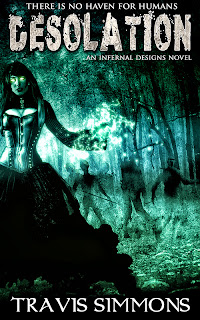 With his family and lover lain to rest by his own hand, he has nothing left to lose and gives everything he has to reach the safe haven. But questions arise when he reaches The Refuge, mainly, how has he been able to sustain multiple zombie bites and not change? He thinks he has found safety in the military compound turned quarantine, but he was wrong. Even now there is a necromancer trying to make The Refuge their kingdom of the dead.

Asher St Paul thought it was just a typical zombie apocalypse like in the movies, until the necromancers crawled out of the woodwork.


Since the undead have chased the living into hiding, the necromancers are able to roam freely in a new America of their making. Asher is seeking safe harbor. The need for safety is what drove him from his home in Philadelphia Pennsylvania before it was shelled. He has searched from quarantine to quarantine, always finding them overrun with zombies until he hears of The Refuge, a military compound in Binghamton New York.

a Rafflecopter giveaway
Posted by Book Nerd Paradise at 2:22 PM