I don't think it's any secret that I'm a big fan of the Cat's Eye series and it's author. As you might notice, I haven't post a single thing since my review of the third book in the series, Volcrian's Hunt. In short, my life got in the way of me keeping up my blog. However, when the author contacted me asking if I would like to participate in the blog tour for Ferran's Map, I just couldn't say no. I don't think there's a single book out there that could have brought me back to the blogging world. But enough about that, you're all here to see what I have to say about Ferran's Map. 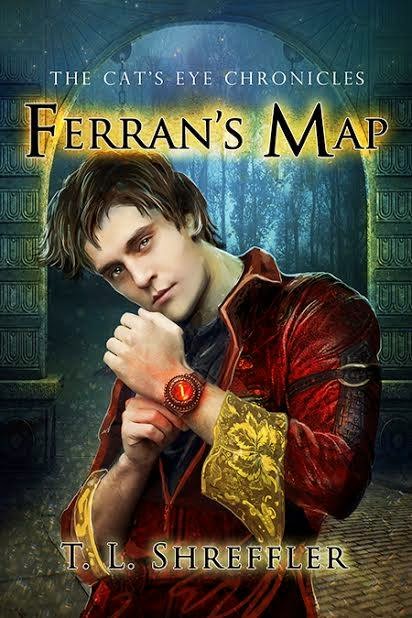 At the end of Volcrian's Hunt, the demise of the evil bloodmage Volcrian was brought about when Sora was able to briefly connect with a secondary cat's eye to take him down. With the bad guy finally defeated, this could have been the end of the series. But as we found out through Ferran and Lorie's point of view, there is still a long way to go in this journey. So the crew heads off to the City of Crowns in search for the Book of the Named.

Ferran's Map starts off not long after where it's predecessor had finished. It opens with the crew aboard Sila's ship, bound for the City of Crowns. Soon, Sora spots a dying woman on the shore. The woman points them to her village where Sora, Crash and Ferran find the entire village has been wiped out by the sickness. They also find a little more than they bargained for.

It only makes them realize that things are getting worse and they must stop the Shade as they try to raise their dark god.

What I found interesting about the progression of this series is that T.L. Shreffler has seamlessly added in more character point of views. Sora's Quest was told almost solely from Sora's view. In Viper's Creed, we see things from the point of view of the assassin (you can read my review of the first two here). Then Volcrian's Hunt slowly adds in the voice of Volcrian (do the see a pattern here?) as well as Lorie and members of the Shade.

In Ferran's Map we learn more and Ferran and Lorie's past, and I grew to have a new respect for these characters. In the previous books I felt they were background characters who held little interest for me. I had a hard time relating to Lorie's character and Ferran just seemed like a frat boy who never settled down.

The fourth book brings the added element of a much deeper story. It's not just Sora, Crash and Burn trying to bring down Volcrian and the havoc he created. Instead we have a lesson on the history of Lorie and Ferran and why they are the people they are today. We also learn more about Crash and his personal journey.

I like to think of it like a slowly blooming flower. It's not yet full developed, the petals are still trying to find their way. But at any moment, something could come along to destroy that beautiful flower.

That something is named Cerastes. Will he succeed in crushing that flower, and the entire world along with it? You'll have to read to find out.

Rating: This author and this book will probably always get 5 stars from me.

Make sure to click on the links below for more information and also enter the awesome GIVEAWAY!

*I was provided an ARC copy for an honest review

The bloodmage Volcrian is dead, but a new enemy lurks in the shadows. The Shade, a fanatical cult of demonic assassins, is trying to resurrect the Dark God and unleash His power back into the world. In their wake, a deadly plague is spreading across the land.

Only Sora and her companions know the plague’s true source. As the disease spreads, she must journey to the City of Crowns to retrieve The Book of the Named, her only hope of stopping the Shade. She and her companions arrive just in time for the winter solstice festival, a notorious two weeks of fine wines, grand parties and legendary debauchery. She must don the guise of a noblewoman and infiltrate the First Tier nobility to stop the Shade before it’s too late.

Meanwhile, the assassin Crash is confronted by a ghost from his past. As he uncovers more of the Shade’s plot, he finds himself face-to-face with his old Grandmaster. Can Crash lay to rest his past, or will he succumb to his inner demon and rejoin the man who once made him a killer? 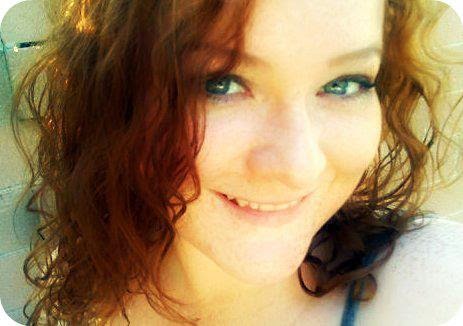 T. L. Shreffler lives in Los Angeles, CA. She loves diversity, fantasy, romance, iced tea, long walks, philosophy, and thrift store shopping. She recently graduated with a BA in Badass (Creative Writing) and her poetry has been published consecutively in Eclipse: A Literary Journal and The Northridge Review. She is author of The Cat's Eye Chronicles (YA/Epic Fantasy) and The Wolves of Black River (PN Romance.)

a Rafflecopter giveaway
Posted by Book Nerd Paradise at 9:45 AM